The Hines Family is a part of one of the oldest families providing professional funeral services to the Atlanta Metropolitan area. In the late 1800’s William L. Dunn and brother C.H. Dunn founded Dunn Brothers Undertaking Company which was located at 208 Ashby Street ( now Joseph E. Lowery Blvd.).In the early 1900’s The Dunn Brothers opened Dunn Cemetery, which is located on Main Street off of Hollywood Road, which served as one of the premier cemeteries for people of color during that time. Mr. Dunn always found new tasks to occupy his time. William Dunn was a member of the Masons Organization, and was also an architect. He built the (still family owned) house across from Dunn cemetery by hand in 1908. While in operation, Mr. Dunn brought in his granddaughter Hazel Dunn to help run the business and later Harper Hines came on board to assist .Harper began working full time embalming for Dunn Brothers Undertaking and also directed Funerals. Harper learned many parts of the funeral business from Mr. Dunn.

After the death of Mr. William L. Dunn in 1949 Dunn Brothers Undertaking Company closed its doors. With the new marriage of Harper and Hazel Dunn Hines a new chapter began as they embarked on a solid venture by opening Hines Home of Funerals on the corner of Piedmont Ave. and Pine St.

The first building to hold the Hines sign was also a home for Mr. And Mrs Hines and seven of their children. The funeral home was an old Victorian-styled house with the business located downstairs and living quarters upstairs. Due to the population growth, Atlanta was in need of a new civic center, which led to the first move of Hines Home of Funerals. In 1951 Hines Home of Funerals relocated to 218 Boulevard where they stayed for the next six years.

The Boulevard facility was immaculate with two stories two chapels 4 large viewing rooms and two casket rooms. While at this location Mr. Hines was one of the first to change from the everyday black lead car to a less depressing color, which he did while at this location. After the growth of the business a larger facility was needed and, Hines Home of Funerals relocated to 442 Houston Street in the year 1957.

Due to massive development with the expressway, new roads, and other city needs, Hines Home of Funerals moved to 1258 Bankhead Highway in the summer of 1969.

The Bankhead facility contained four houses drawn together to make one beautiful Funeral Home. It housed three chapels and had a prime location. Harper and Hazel Hines, with the knowledge gained for Mr. Dunn and a lot of Harpers new ideas, took Hines Home of Funerals to become one of the top Funeral homes in Atlanta. It was their creativity and new ideas that helped them to grow as quickly as they did. New ideas such as converting our cars to our present Dignified Hines Blue. Hazel Hines saw blue as more beautiful, dignified, and less depressing color for the rolling stock.

In their continuing efforts to contribute to the community that they served Harper and Hazel Hines held annual Labor Day cookouts, Gospel Shows, feeding senior citizens on Thanksgiving. As Atlanta continued to grow by “leaps and bounds”, It was necessary to construct a massive transportation system. With the coming of MARTA, the land occupied by the funeral home was acquired.

Since the first funeral home in the early 1900’s the Hines and Dunn families have mainly focused on being a service to the community. Gregory A. Hines (President and Funeral Director in charge), Bridigitte Hines (Vice President, Treasurer and Funeral Director) and various other siblings and grandchildren are continuing to offer the same professional service as Pop & Hazel. Hines Home of Funerals, Inc. is here to care for families in bereavement, to provide an atmosphere based on helping the needs of those who are in mourning. The Hines Family still has, and will never loose the admiration for the community that it serves. We, The Hines Family and Staff, maintain our tradition to serve and give the best dignified service to families in need. The Hines Family is continuing a legacy which is over 100 years old by training our next generation to continue a wonderful tradition.

“Our Family, Serving Yours for Over 100 Years” 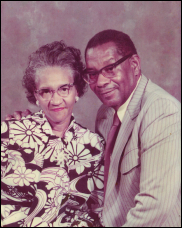 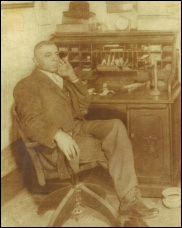 "SERVING with DIGNITY, INTEGRITY and REVERENCE"